A look back at the Limited Sportsman event held at the Thompson Speedway on Saturday October 19 as part of their World Series of Racing. Includes in-car camera footage from Vault Crew members Jesse & Brent Gleason who were both competing in the event as well as Steve Barrett. Jesse’s cam had microphone as well so he provided commentary from the car during the race, which was won by Waterford Speedbowl champion Corey Hutchings 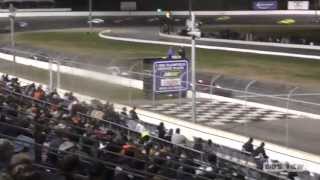