In the grandstands with Sid during the Speedbowl’s Finale Sunday event on Oct 10, 2010. The Street Stock Showdown was a 50 lap non-point event for the 8-cylinder stock division which was dominated on the track by 2 former SS Champions. Corey Hutchings led most of the race behind Norm Sears’ #90 car, then Shawn Monahan took Mark Cooper’s #28 to Victory Lane. But Monahan refused post-race inspection which gave the win to 2010 Street Stock Champion Al Stone III. 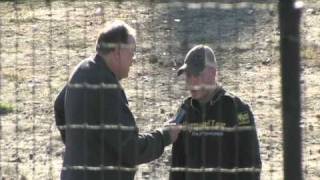 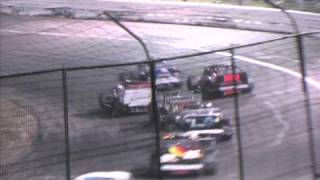