It was only back in April 2013 that Al Gaudreau had passed away, one of the more colorful personalities in Waterford Speedbowl history.  And now here we are some 9 months later and we’ve also lost his wife of 50 years Peg Gaudreau who passed away earlier this week.  Like Al, we had only known Peg for a short time and, like Al, she left an indelible mark on myself and our entire production team. 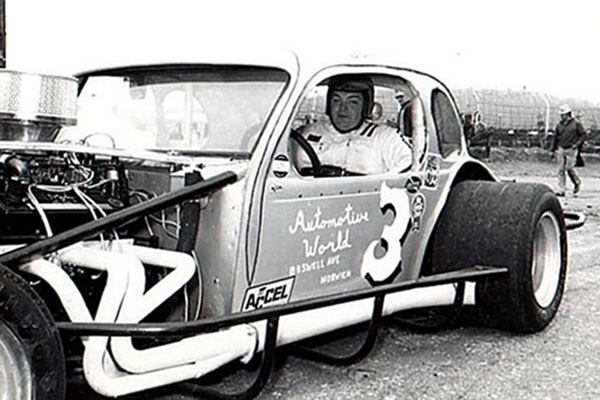 The Gaudreaus were the people behind the famed ‘Buddah’s Bullet’ #3 car driven by Dick Dunn at the Waterford Speedbowl in the 1970’s.  Al was the car builder, Peg was the car owner.  A female car-owner in a male-dominated sport in an era when women were not allowed in the pit areas of most local racetracks, including the Speedbowl.

Upon meeting them back in March 2013, it was Al who stated repeatedly that his wife truly was the car owner, not just a novelty listing of a female car owner and that she should be the person we interview on camera.  Believing that was the more compelling story, we agreed.

We also learned that Peg had been diagnosed with ALS (commonly known as ‘Lou Gerhig’s Disease’) and that if possible, we should shoot her interview as soon as possible while she was still in relatively good health.  We again agreed and made plans to shoot her interview on the first Sunday in May.

Then Al fell ill and passed away shortly after, just about a week before our scheduled interview.  Like most of the racing community, we were deeply saddened by his passing.  So my crew and I felt it was probably best to postpone the interview.  She had just lost her husband and we didn’t want to put her through something that may be too emotional to do, as we had several specific questions about Al that we planned to ask her.

But remarkably Peg called us the day before our scheduled interview to confirm what time we were coming over with the cameras.  I was taken back a little.  I mean, she just lost her husband of 50 years.  The funeral was just a few days ago, and she still was going to do this interview??  An interview that I would be asking her direct questions about Al during their racing days??  Peg made it seem like it was never a question as to whether or not to still do the interview, nor did it seem she’d considered postponing it.  I told her if she was up for it, we would be there.

So on Sunday May 6, 2013 we arrived at Peg’s home, with her son Tom there as well, to conduct her interview.  She was surprisingly upbeat and still excited to be a part of our project.  As we were chatting with her during set-up, I told her how much we appreciated her participating in our project, especially after all she had gone through over the last 7 days.  She told my co-producer Jesse and I that what we were doing with this project was important and that she was honored to be a part of it.  Of course, for us the honor was all ours to be interviewing her.

Then right before we were about to press record on the camera, she said something I’ll never forget.  She said, almost matter-of-fact like,  “I won’t be around too much longer and I want my family to be able to watch this for generations to come.”  A woman who knew her time left on this earth was coming to an end, yet seemingly at peace with the hand she had been dealt late in her life and of course, thinking about her family through it all.  It was enough to make me wanna tear up right there, although I did my best to hold it back.  I mean, if she was gonna be this strong, who was I to be turning on the waterworks. 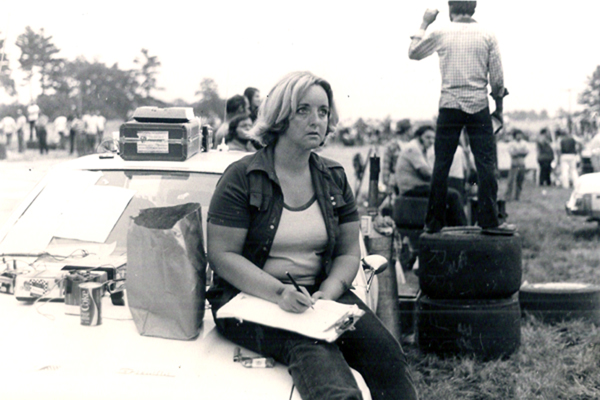 Peg Gaudreau on race day during the 1970’s

So we turned on the cameras and went to work.  We asked her about racing in general, about the Speedbowl, about her husband Al and their driver Dick Dunn, about being a woman car-owner not allowed in the pits, about winning 5 straight owner championships.  She answered each question with fondness, telling her story wonderfully… most answers ending with her smiling.  Never once did she break down talking about Al, never once did she need to take a break.  The whole interview I was amazed that this woman in front of me, suffering from ALS of all things, was easily one of the strongest women I had ever met.

We wrapped up the interview that day and we left knowing we captured something special on video.  Not only because of her story as a woman car owner 40 years ago, but her story today as someone still making people smile while battling a disease that would ultimately take her from us. 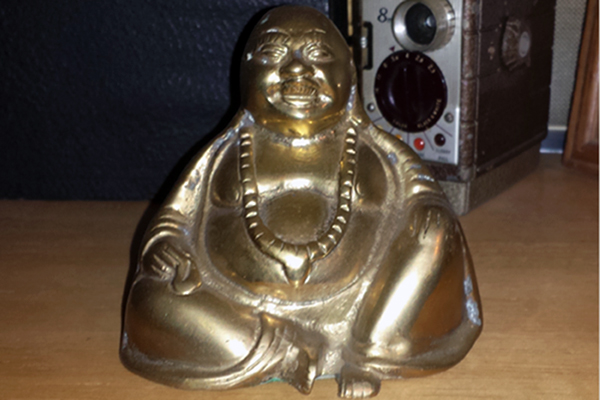 Before we left that day, Peg & Tom gave us one of there many little ‘Buddah’s’ as a thank you to us for all we do to preserve racing history and for including their story in our Speedbowl documentary.  It was not necessary one bit for them to do that, but nonetheless it sits proudly in Vault Headquarters as a cherished piece of memorabilia.

In the following months, we saw Peg several times at both Thompson Speedway and Waterford Speedbowl.  And every time, she was always smiling.  She was simply a wonderful lady who always made us smile just by seeing her smile.

We’ve known since we finished her interview back in May that it’d be impossible to complete our project before she would be able to see the finished product in full.  And while that fact saddens us, we will always remember the time we were able to spend with her recently and we smile knowing she is above the clouds & reunited with her husband Al tonight.  Rest in Peace Peg. 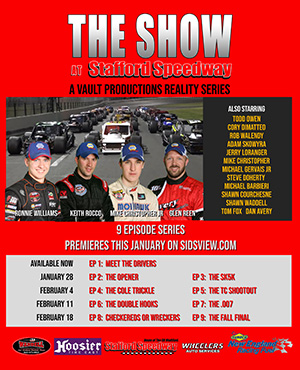